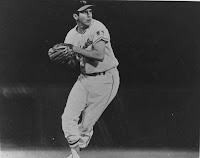 Last Friday night I had tickets to the Orioles-Reds game at Camden Yards. As I walked to the park a few minutes before game time with my buddy, Ed, you couldn’t help but notice a different kind of buzz spurring through that lovely summer evening. Part of it could be attributed to the huge crowd filing into the ball park. Baltimore hasn’t enjoyed too many 40-plus-thousand home dates lately, and tonight would be a sellout. Yes, there were out-of-town fans, but this was mostly an orange and black event.

The other thing was that our Birds were playing the Cincinnati Reds, a National League standard with franchise roots burrowing back to 1869, when the Redstockings became America’s first professional team. The Orioles took their name in 1882, so tonight fans would be treated to two of baseball’s founding franchises, going head to head in the regular season for only the second time. The two teams had squared off once previously, with the Reds taking two of three in Cincinnati. They had never been to Baltimore during the regular season, so tonight’s series’ opener was special because of its rarity…which contributed to the buzz, for sure.

The other ingredient, for old-timers like me at least, is that these two teams had met in Baltimore one other time…the 1970 World Series. Cincinnati’s Big Red Machine, Johnny Bench, Joe Morgan, Pete Rose and Lee May, versus Earl Weaver’s powerhouse Orioles, Boog Powell, Frank and Brooks, and that fabled pitching rotation of McNally, Palmer and Cuellar. The Orioles took four out of five to snatch the crown from the favored Reds, and that was the series when Brooks Robinson established himself once and for all as the human vacuum cleaner. Hoover! God but did he have a series.

So walking into the ballpark that night was such the treat. The buzz, the big crowd, the storied franchises in a rare square-off, and special memories of Earl and his men, especially number five, Brooks Robinson.

All of which makes inter-league play something baseball ought to keep around, though I’d love to see them play National League rules in the American League parks, and vice-versa. How about you?

See you out there.