The Babe Ruth Birthplace Museum is located at 216 Emory Street, three blocks west of Oriole Park at Camden Yards. Just follow the 60 baseballs painted on the sidewalk from the Babe Ruth statue at the ballpark to the Museum. 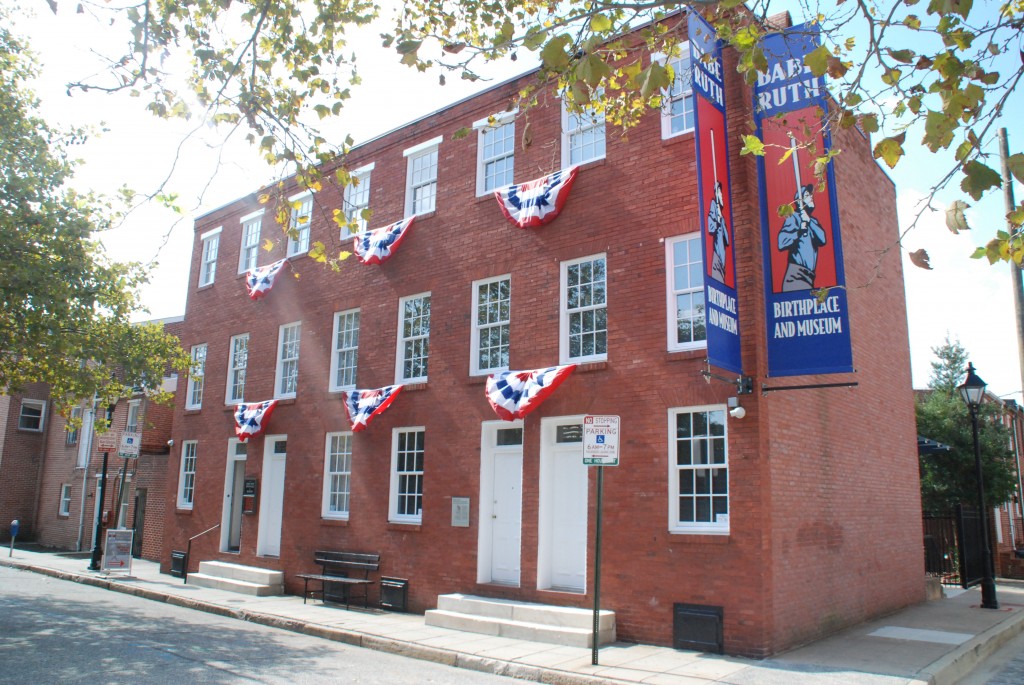 George Herman “Babe” Ruth was born February 6, 1895 at 216 Emory Street, a Baltimore row house that is now just a long fly ball from Oriole Park at Camden Yards. The property was leased by Babe’s maternal grandfather, Pius Schamberger, who made his living as an upholsterer.

By the late 1960s, the property and adjoining three row-house structures had fallen into disrepair and were scheduled for demolition. Hirsh Goldberg, press secretary for Baltimore’s Mayor Theodore McKeldin, launched a successful campaign to save and restore the Birthplace, which opened to the public as a national shrine in July, 1974. The not-for-profit Babe Ruth Birthplace Foundation, Inc. was formed to govern the operation. Exhibits depicting the Historic House and life and times of Babe Ruth were installed with the help of Babe’s widow, Claire; his two daughters, Dorothy and Julia; and his sister, Mamie, who was also born at 216 Emory Street.

In 1983, the operation expanded to become the official museum of the Baltimore Orioles, the team that signed Ruth to his first professional contract. At that time, the Foundation began formally operating as the Babe Ruth Museum. In 1985 the Mayor of Baltimore, William Donald Schaefer, designated the Museum as the official archives of the Baltimore Colts, who had departed the previous year for Indianapolis.

Museum attendance soared to over 60,000 annually with the opening of Oriole Park at Camden Yards in 1992, and Museum officials knew that the tiny Birthplace facility could not sufficiently house the large numbers of visitors or the increased number of displays it needed to interpret its multiple sports themes.

In 2015, the museum began its first major restoration project in its 40 years of operation, creating a whole new entrance on the Dover Street side of the four tenement houses. The restoration included a new elevator, Americans for Disabilities Act (ADA) compliant bathrooms, and re-imagined galleries that tell the story of Babe Ruth as an American icon. After repairing the decaying window and door frames on the historic Emory Street facade, as well as beautifying the courtyard area open to Dover Street, the project was completed in October 2015.