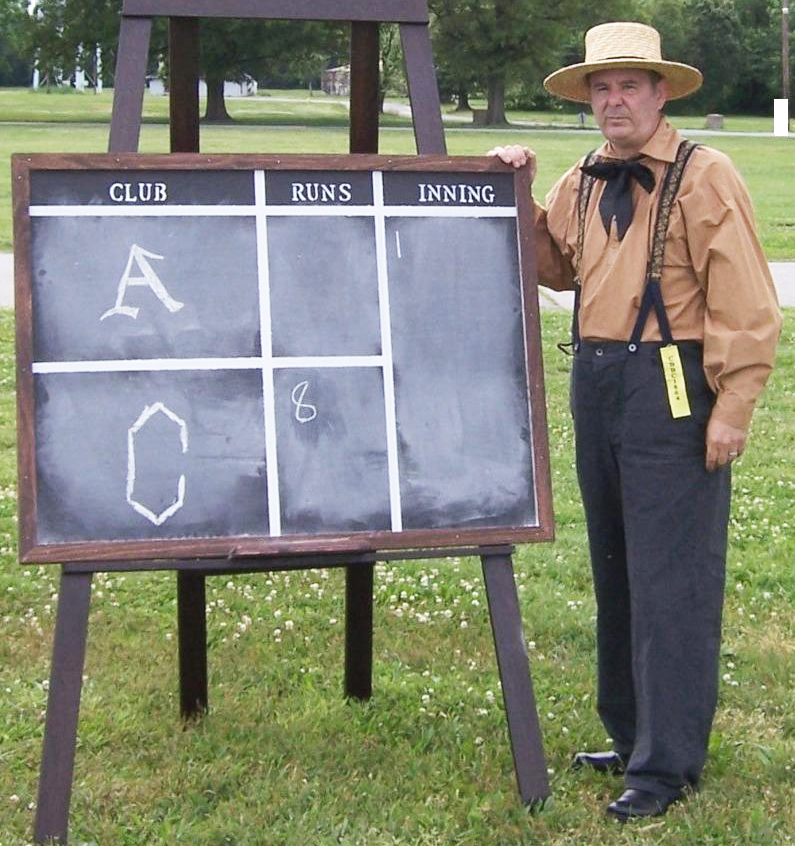 The first modern World Series was played in 1903. However, many years earlier in the 1800s, being the champion baseball team was just as important. While not having a formal competition for most of the 19th Century, there still were many variations of year end play offs and post season matches held to determine champions and move the close of the baseball season further into the fall weather. The talk presented by vintage baseball living historian Richard “Pastime” D’Ambrisi on August, 23 2015 at 11:00AM in the Sports Legends Museum at Camden Yards will discuss 19th Century baseball post season play. On hand will be historical prints and pictures to help illustrate the story.

Richard “Pastime” D’Ambrisi has been involved with the vintage baseball movement for over twenty years. He is a member of the Vintage Base Ball Association, the Society for American Baseball Research, the National Association for Interpretation, the National Baseball Hall of Fame and a volunteer with the Education Department at Sports Legends at Camden Yards in Baltimore, Maryland. Richard is the team historian and umpire of the Chesapeake & Potomac 1860s vintage baseball club in Maryland, is a participant with the Mid-Atlantic Vintage Baseball League and has served as Chairman of the Sideline Interpretation Committee for the Vintage Base Ball Association.