A Salute to Johnny Holliday | 40 Years of Broadcasting Excellence 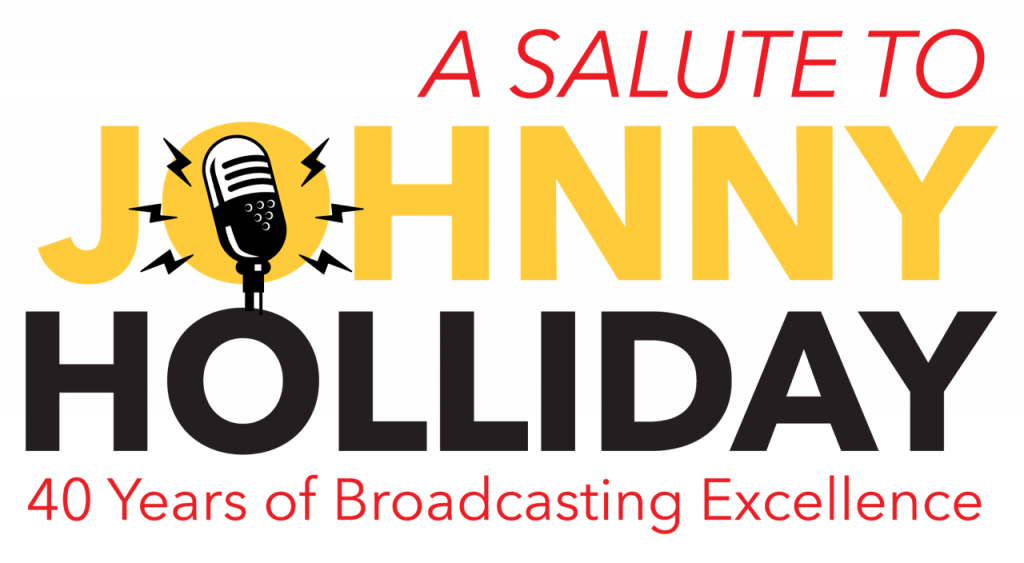 “The kids have done it!” proclaimed Johnny Holliday Bobbitt at the pinnacle of his broadcasting career at the University of Maryland. The date was April 1, 2002, and his Terrapins had just captured their first NCAA men’s national basketball  championship. Johnny was in his 24thseason as the voice of Maryland men’s basketball and football, long enough to suffer the tragic ramifications of Len Bias,  the confident swagger of the Bobby Ross era, and the meteoric rise of Hall of Fame coach Gary Williams.

On November 12th, we will gather to salute Johnny Holliday, now in his 40th season behind the Maryland microphone. But we also celebrate the full career of our iconic broadcaster, from his top-40 DJ days in San Francisco, where he co-hosted the Beatles final American concert at Candlestick Park in 1966, to his work with dozens of college and professional football and basketball teams, the Olympics, the Masters Golf Tournament, and his 12-year stint of pre and post-game coverage with the Washington Nationals.

This event is hosted by the Babe Ruth Birthplace Foundation and the Sports Boosters of Maryland. Event proceeds will benefit the Babe Ruth Birthplace Foundation, Sports Boosters of Maryland, and a charity of Johnny’s choosing (TBD). Gala attendees will enjoy a cocktail hour with heavy hors d’oeurves, silent auction, and a great speaker program. Please direct all questions to Katie, 410-727-1539 x3033.