Baseball in the American Civil War presented by Richard D’Ambrisi 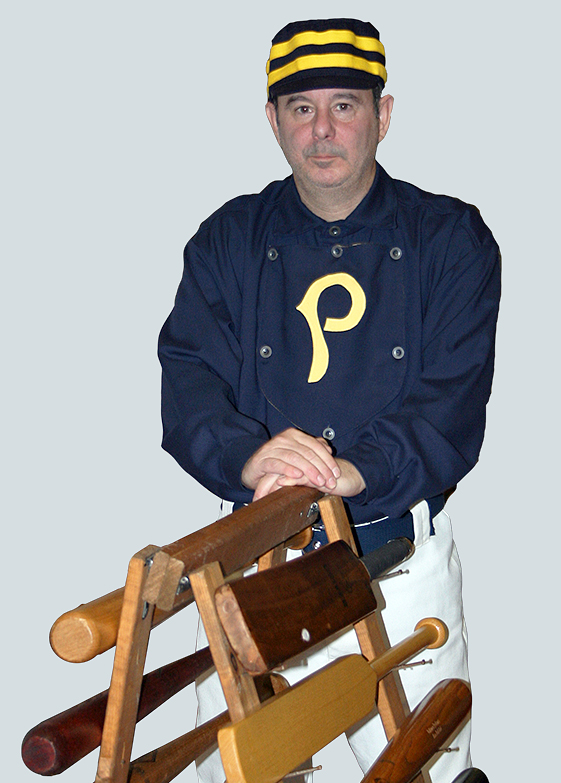 Despite the political and social grievances that resulted in the separation of the North and South during the American Civil War from 1861 to 1865, both sides shared some common interests, one of which was playing baseball. Many soldiers who marched off to war had played the game at home, taking their bats and balls with them or fabricating the necessary implements in the field. Many times, soldiers would write of these games in letters home–as they were much more pleasant to recall than the hardship of battle. The talk presented by vintage baseball living historian Richard “Pastime” D’Ambrisi on June 14, 2015 at 11:00AM in Sports Legends Museum will discuss these Civil War years and how baseball contributed to a significant part of many soldier’s recreational activity. On hand will be historical prints, photocopies of personal letters and pictures to help illustrate the story.

Richard “Pastime” D’Ambrisi has been involved with the vintage baseball movement for over twenty years. He is a member of the Vintage Base Ball Association, the Society for American Baseball Research, the National Association for Interpretation, the National Baseball Hall of Fame and a volunteer with the Education Department at Sports Legends at Camden Yards in Baltimore, Maryland. Richard is the team historian and umpire of the Chesapeake & Potomac 1860s vintage baseball club in Maryland, is a participant with the Mid-Atlantic Vintage Baseball League and has served as Chairman of the Sideline Interpretation Committee for the Vintage Base Ball Association.