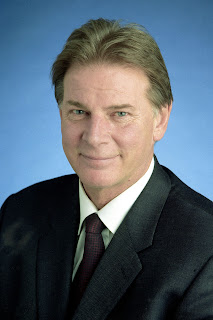 The ball rests in a small case, all by itself, surrounded by a large graphic depicting the last Orioles game ever at Memorial Stadium, October 6, 1991. The horsehide, red-stitched icon was used to record the final enemy out –ever- at the team’s venerable home on 33rd Street, a strike three that retired Detroit’s Travis Fryman.

The ball is symbolic of that last, historic day at Memorial Stadium, and of that final Orioles game. But, more importantly, it is symbolic of the man who threw it, Mike Flanagan. “Flanny” was chosen for that moment, to record that final out, and to conclude an important chapter in the team’s celebrated story, not because he was the ace closer of that 1991 staff (in fact, he was then in the twilight of his career), but because of what he meant to the Orioles organization.

From 1977 through 1983, a seven-year stretch when Baltimore finished first twice and second four times, winning two American League pennants and one World Series to boot, Flanagan was the bedrock of a talented roster of hurlers. Over that period, the winningest seven years in team history, Flanny went 109 and 68, a .616 winning percentage. During that astonishing run he was third in the AL in wins.

While most Baltimore fans are aware of Mike’s various roles with the ball club following his playing days (pitching coach, broadcaster, VP of baseball operations), we at the museum knew him best as a passionate fan of baseball history. When we were working to open SportsLegendsMuseum in 2004 and 2005, we occupied a large space on the fifth floor of the Camden Yards warehouse. Flanagan’s office was also on the fifth floor, and he frequently stopped by to see how work was progressing. 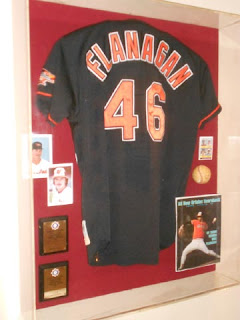 Once he understood how we used artifacts to help interpret our sports stories, he brought us mementoes from his career dating all the way back to his Babe Ruth League youth baseball days in New Hampshire.

And he brought us the ball he used to strike out Travis Fryman for that final enemy out at Memorial Stadium; an iconic symbol of maybe the proudest achievement of his storied career with our Baltimore Orioles.